Peter Berner is without a doubt one of Australia's most popular and respected comics and broadcasters, having performed his unique brand of comedy across Australia for nearly three decades and hosted iconic television shows and radio programs.

His intelligent humour has always set him apart as a performer who can comfortably straddle comedy styles as disparate as satire, observational comedy, and reactive comedy with easy.

Comedy Lounge is equipped with a licensed bar and kitchen where you can order from before and during the show.

We are located 300 meters from Perth Underground station. There is a multi-story Wilson car park located next door to the venue.

There is wheelchair access via the main entrance down the laneway.

All up he has presented more than 500 hours of national television program content in varying genres including comedy, news and documentary in live and taped environments.

On FM radio, Peter has been the breakfast co-host of Triple M's The Cage (2007), which was networked live each day along the east coast, and has also hosted his own solo radio show, The Peter Berner Experiment (2008-2009), on Triple M. On AM radio he has hosted weekend afternoons on 2UE (2012).

He is in demand as a corporate MC, entertainer and facilitator having worked with many of Australia’s top companies.

A talented artist and cartoonist, Peter is a graduate of the National Art School. He has twice been a finalist in the Archibald Prize, as well as being finalist in Waverley Art Prize, National Still Life Prize, Muswellbrook Art Prize, Sunshine Coast Art Prize to name a few.

He has had cartoons published in various magazine including The Bulletin, TNT Magazine (London).

He is currently cartoonist for Limelight Magazine.

Arrive 30 minutes prior to the show to ensure you're seated.

Please choose your tickets carefully when placing your order. Including the ticket type, date and time. Comedy Lounge has a strict no refund policy.

Customers will receive a full refund in the event a show is cancelled or postponed.

If you would like to be seated together, please ensure you arrive 30 minutes prior to the show commencing.

For group bookings of 10+ people please send an email to support@comedylounge.com.au 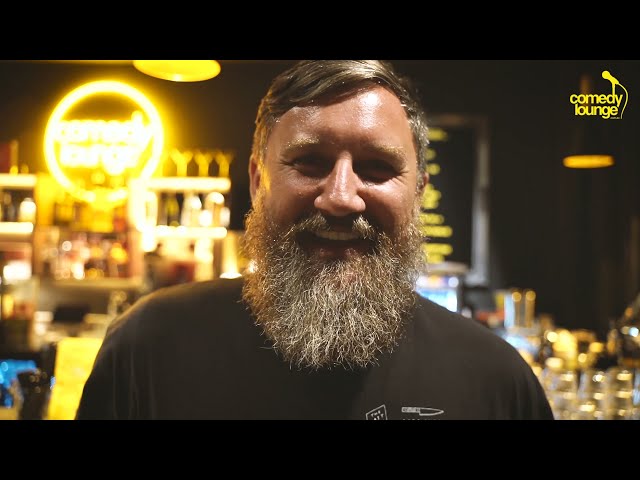 BE IN THE KNOW